On this day [...] the US detonated the world's first nuclear weapon, a plutonium-based device, near Alamogordo, New Mexico. Trinity, as the test was known, was successful. Three weeks later, a second successful detonation took place -- over the Japanese city of Hiroshima.

From: Trinity Test. (2015). Physics Today, Physics Today, 2015. DOI: 10.1063/PT.5.031009
All photos on this page are courtesy of the National Security Research Center (NSRC).
For even more information on the Trinity Test, including a video on the science of Trinity, see LANL's Trinity 75th anniversary webpage.

The exact time and date of the Trinity Test and the detonation of the Gadget test bomb was 5:29:45 July 16, 1945 (from an external LANL article The Trinity Test).

The power from the Gadget’s detonation was equivalent to around 21,000 tons of TNT and its mushroom cloud grew to about 3,280 feet wide, then rose in a column of smoke higher than 40,000 feet (from an internal LANL article).

According to Kenneth Bainbridge's Trinity report, a number of notable scientists took part in the Trinity Test, including:

Getting Ready For Trinity 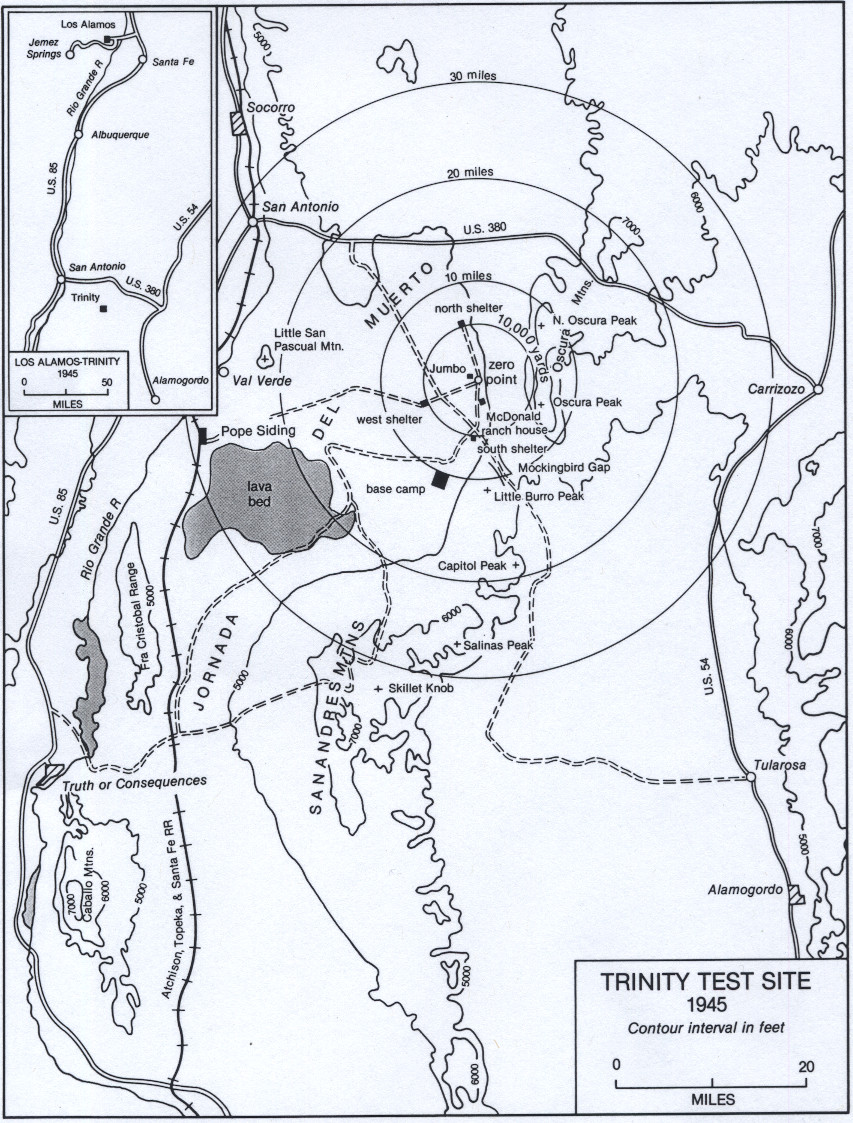 A detailed map of the Trinity Site in New Mexico. 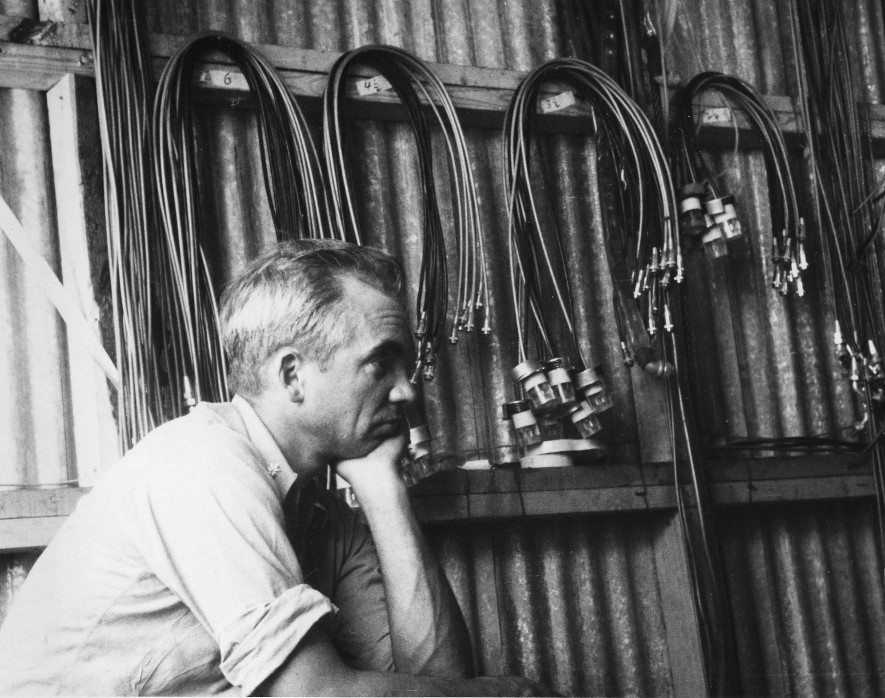 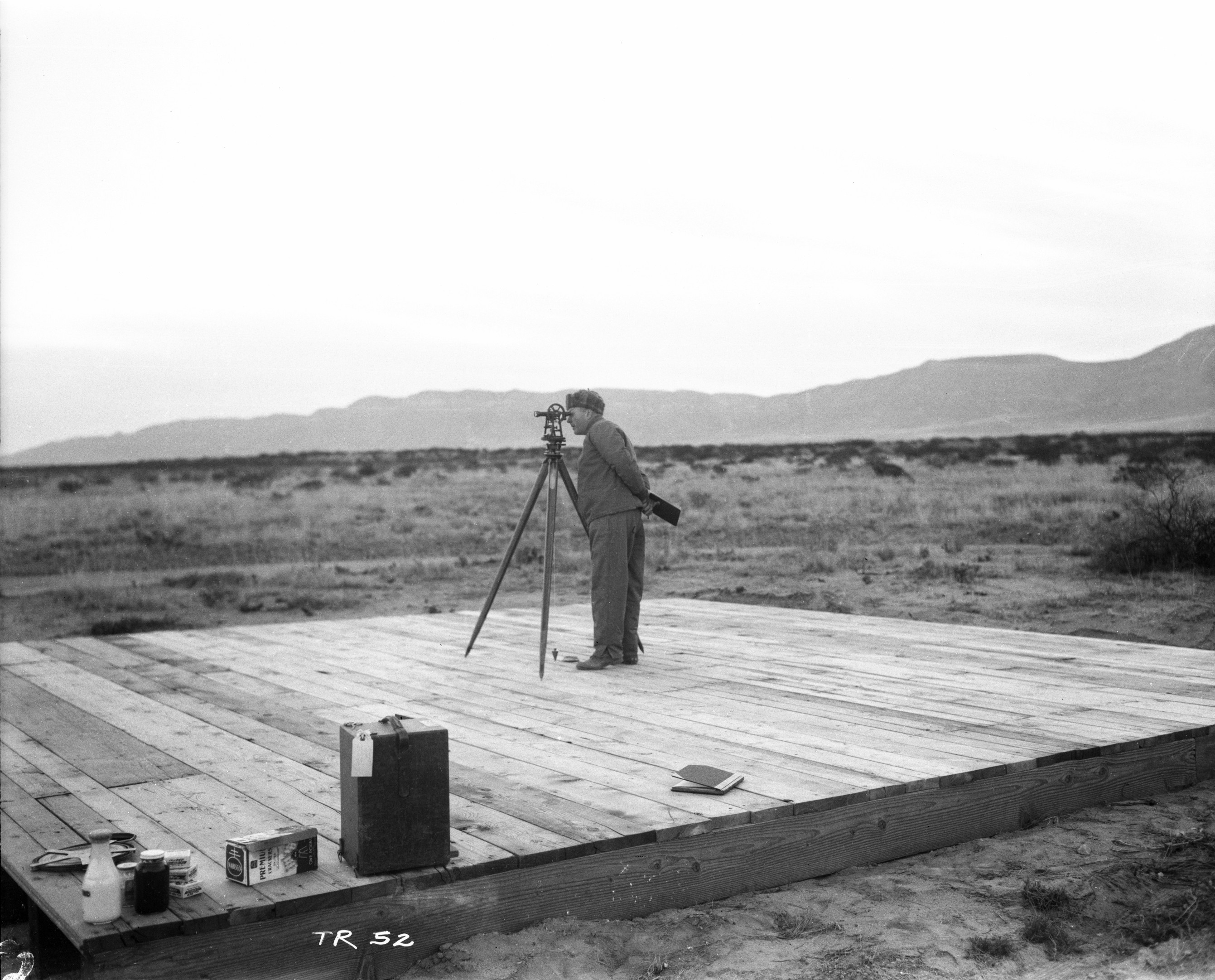 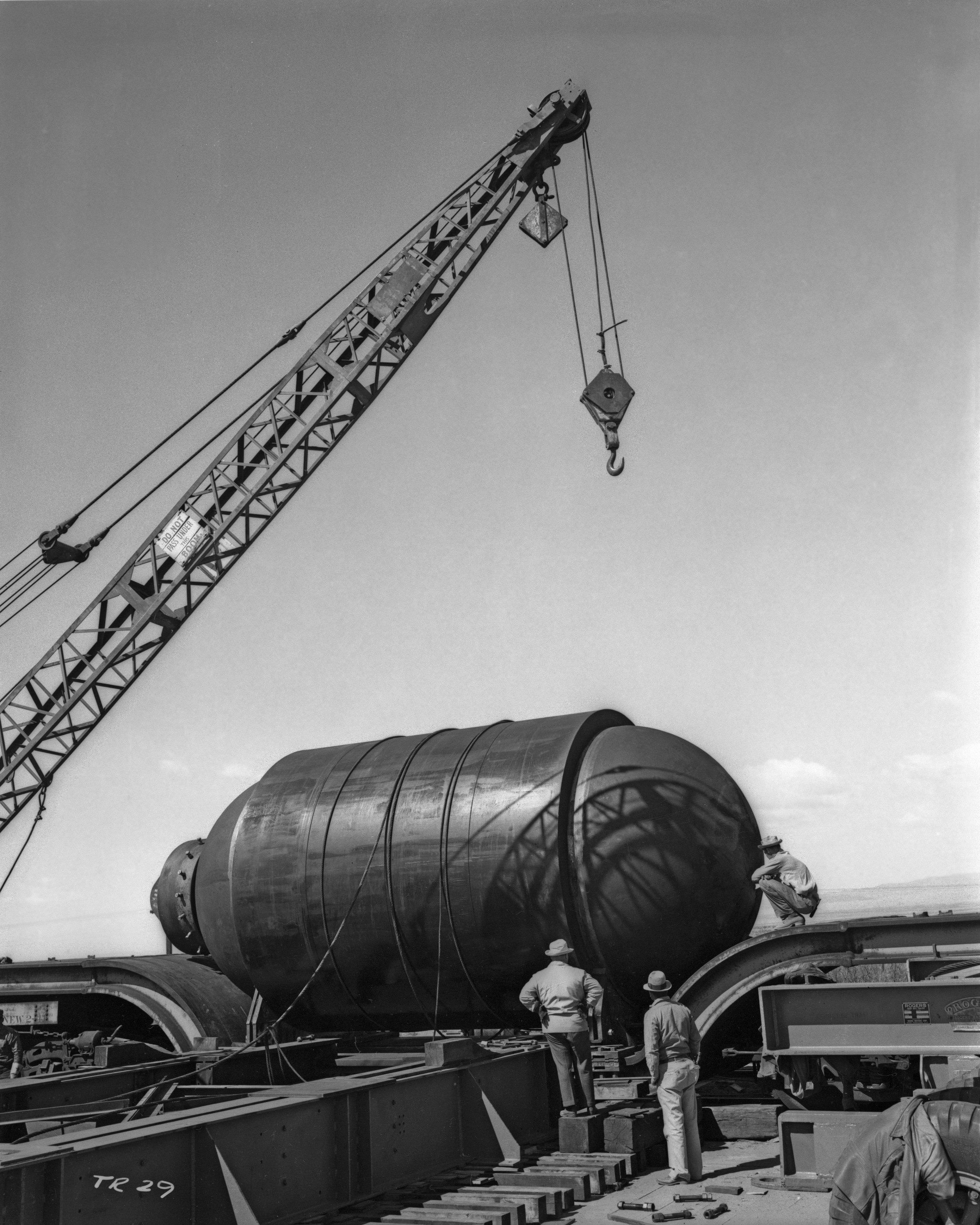 A device used for the test with a crane dangling overhead. 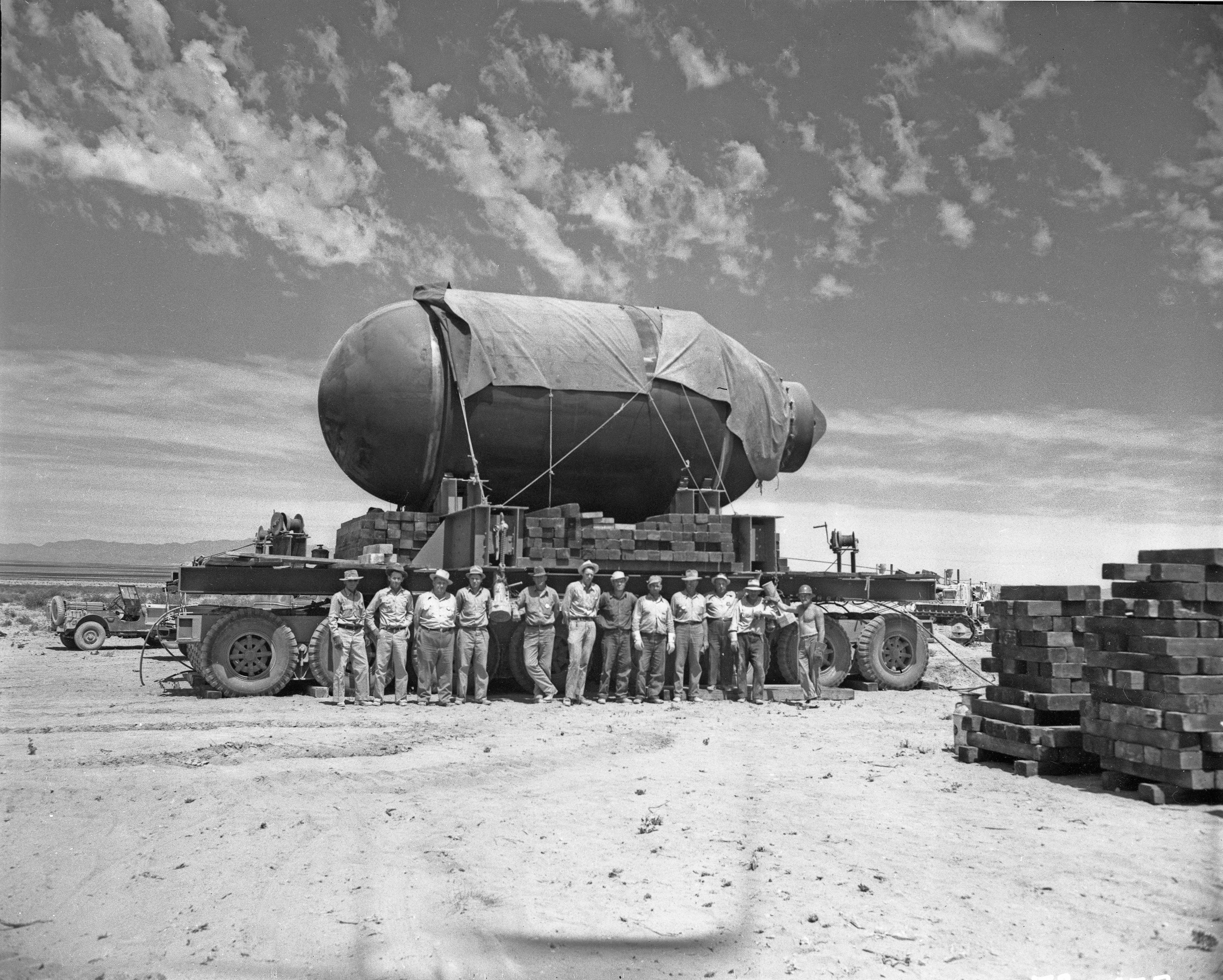 A group of men pose in front of a transporation vehicle carrying the Gadget. 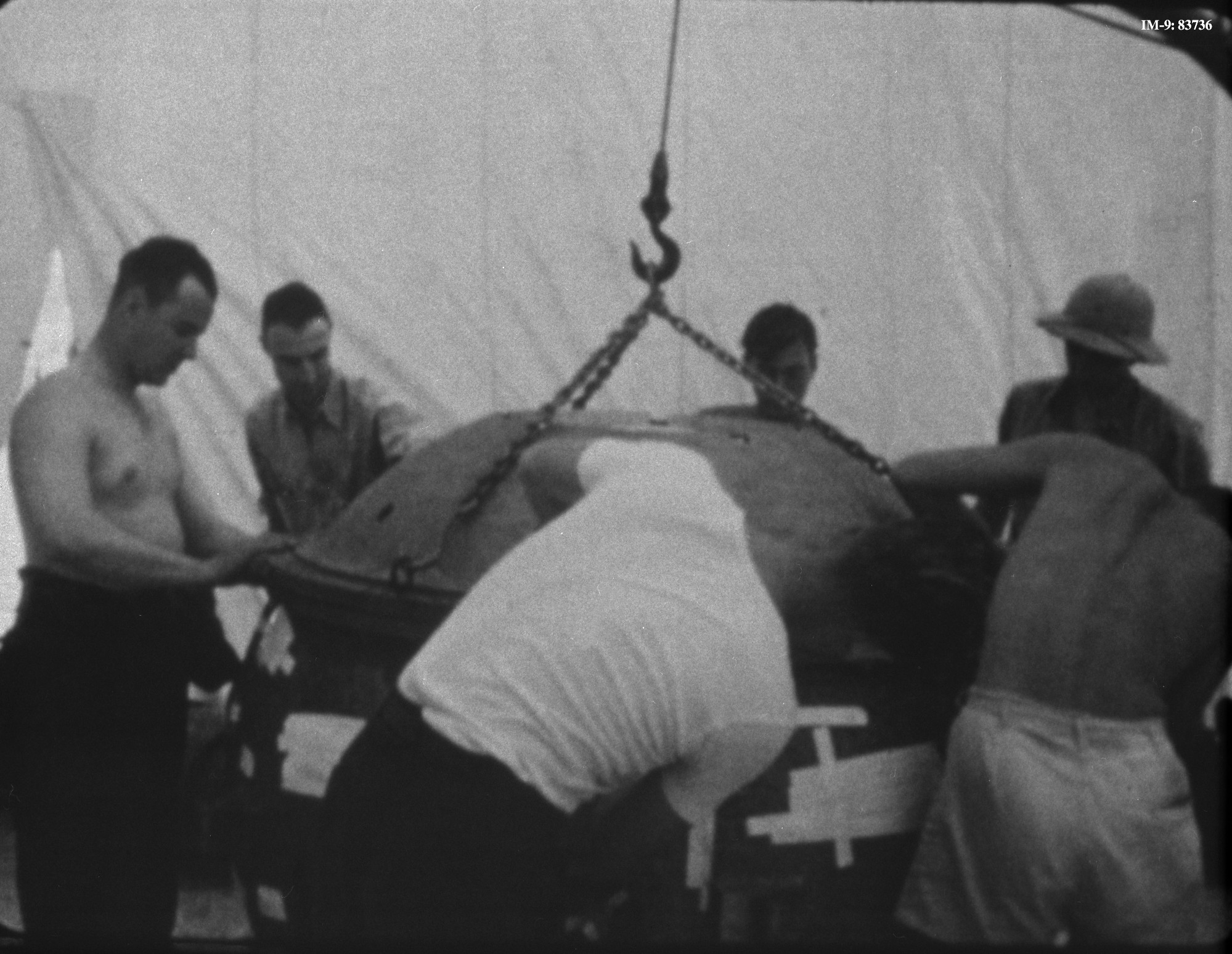 A group of men, overseen by Director Oppenheimer, performing the final assembly of the Gadget. 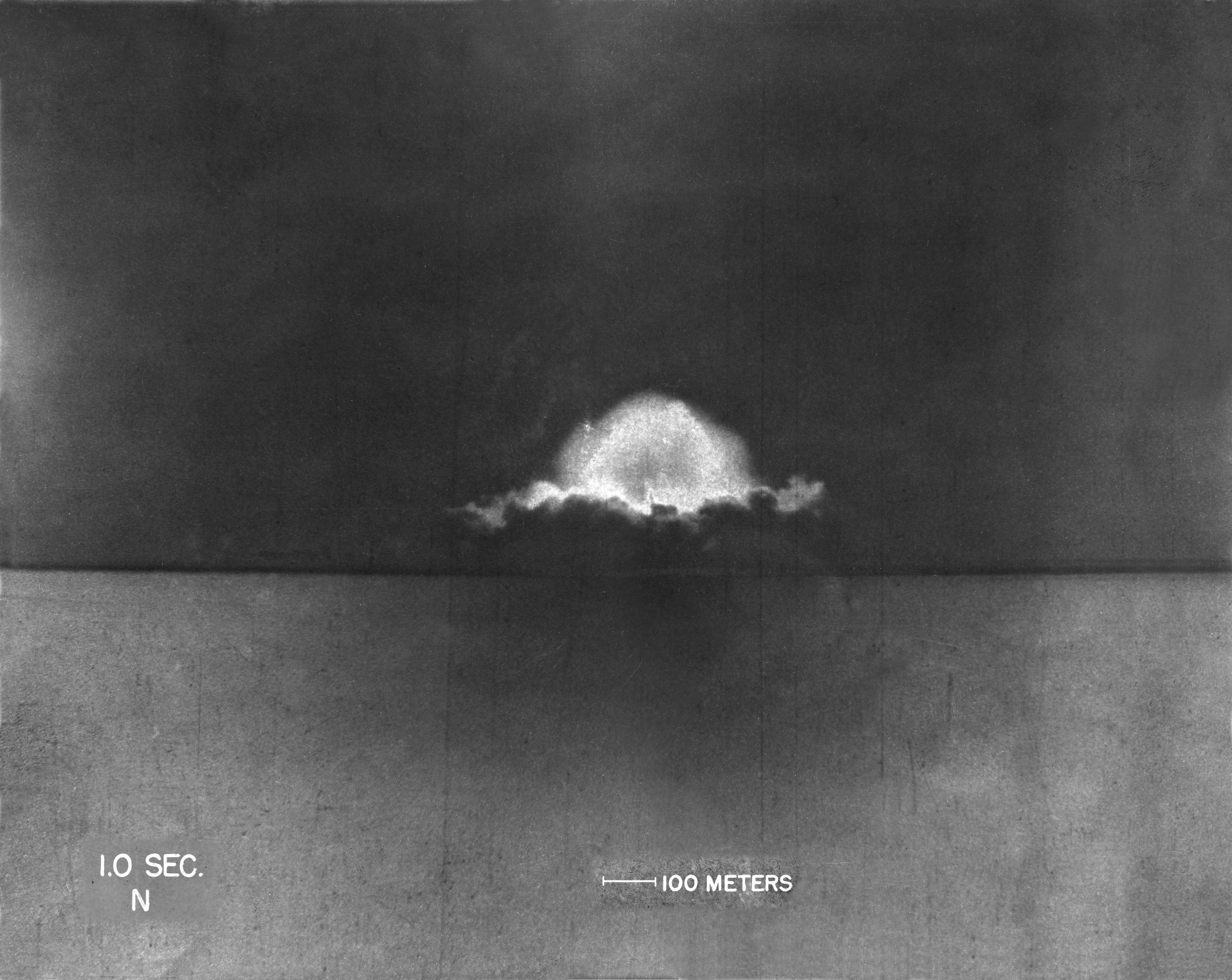 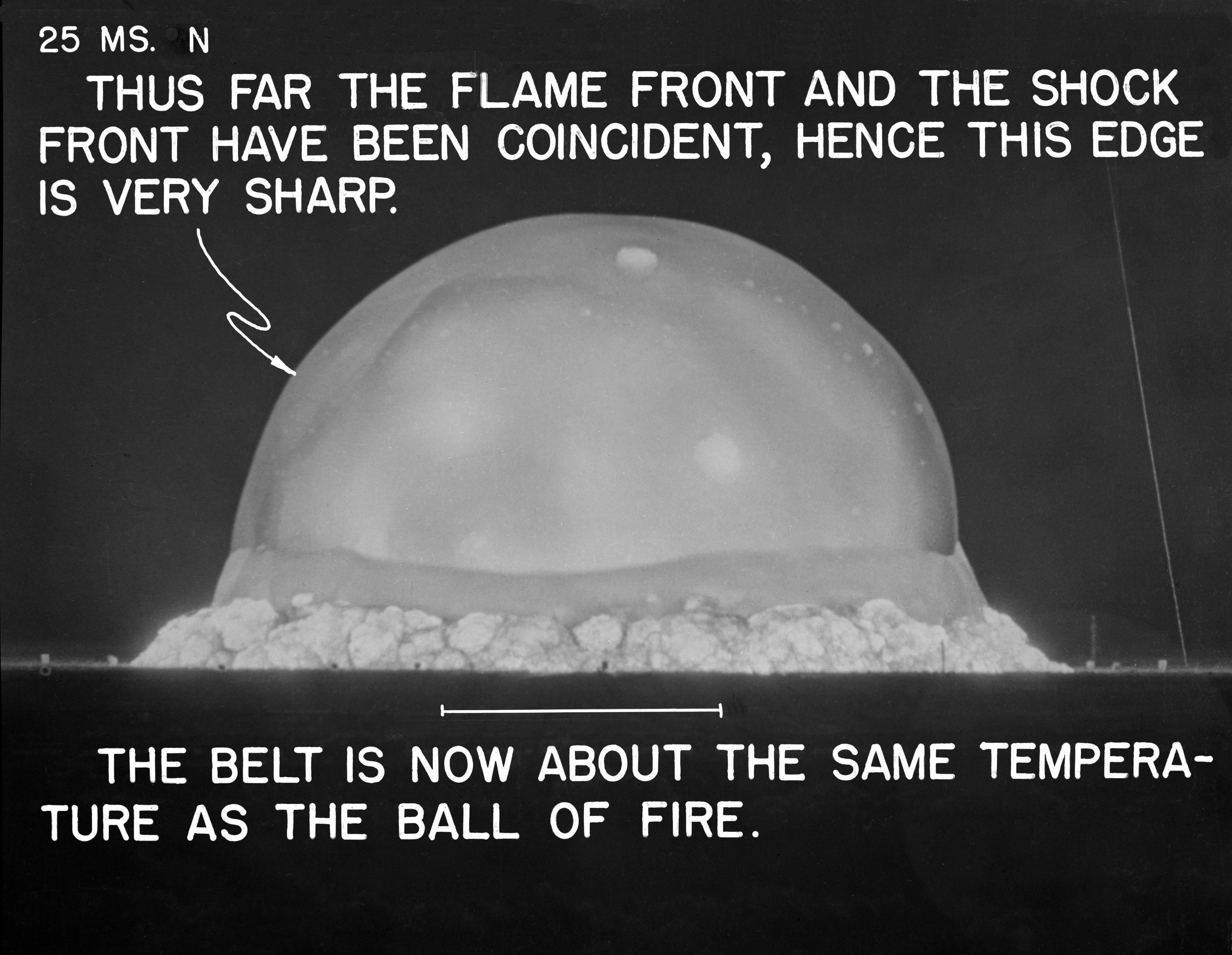 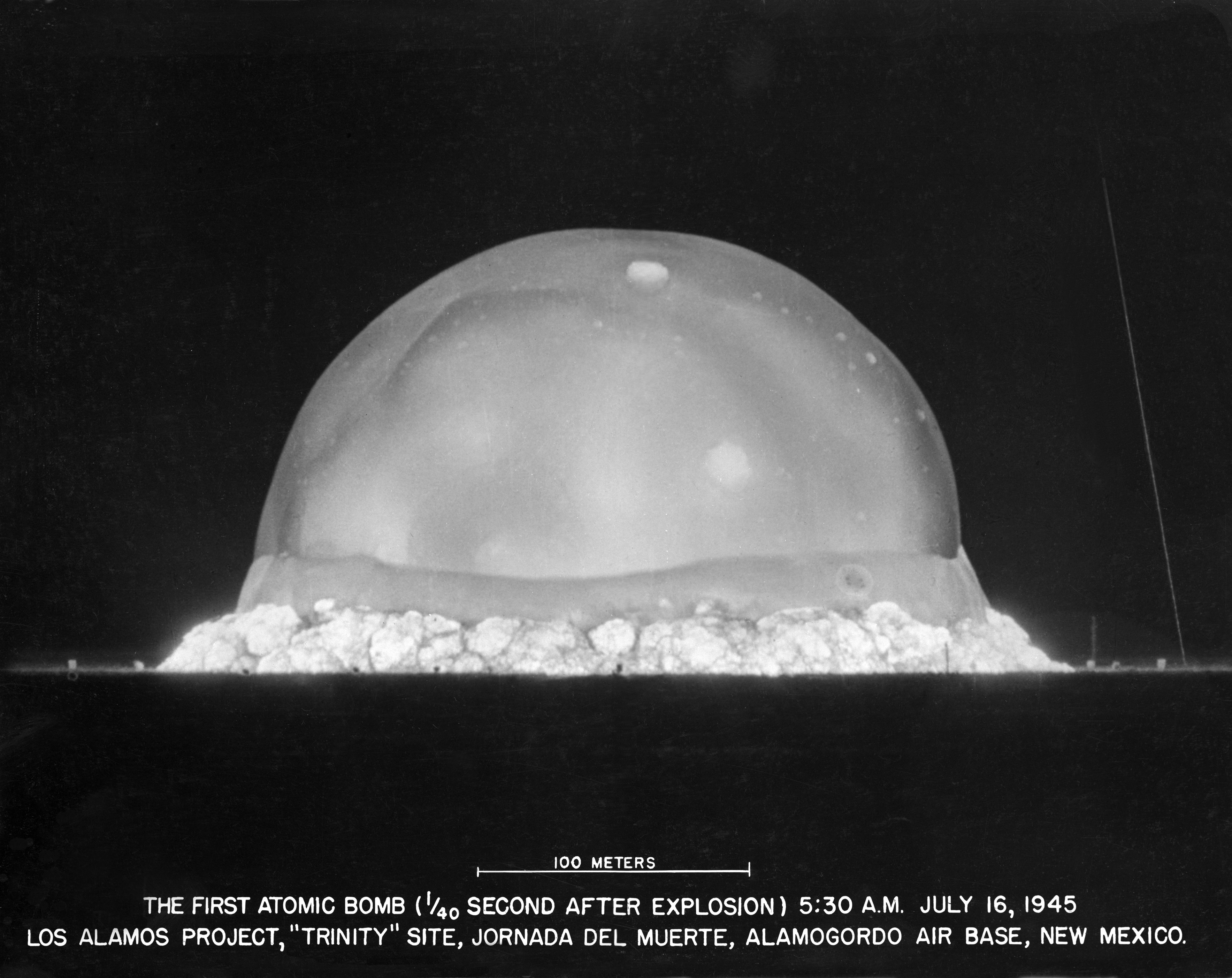 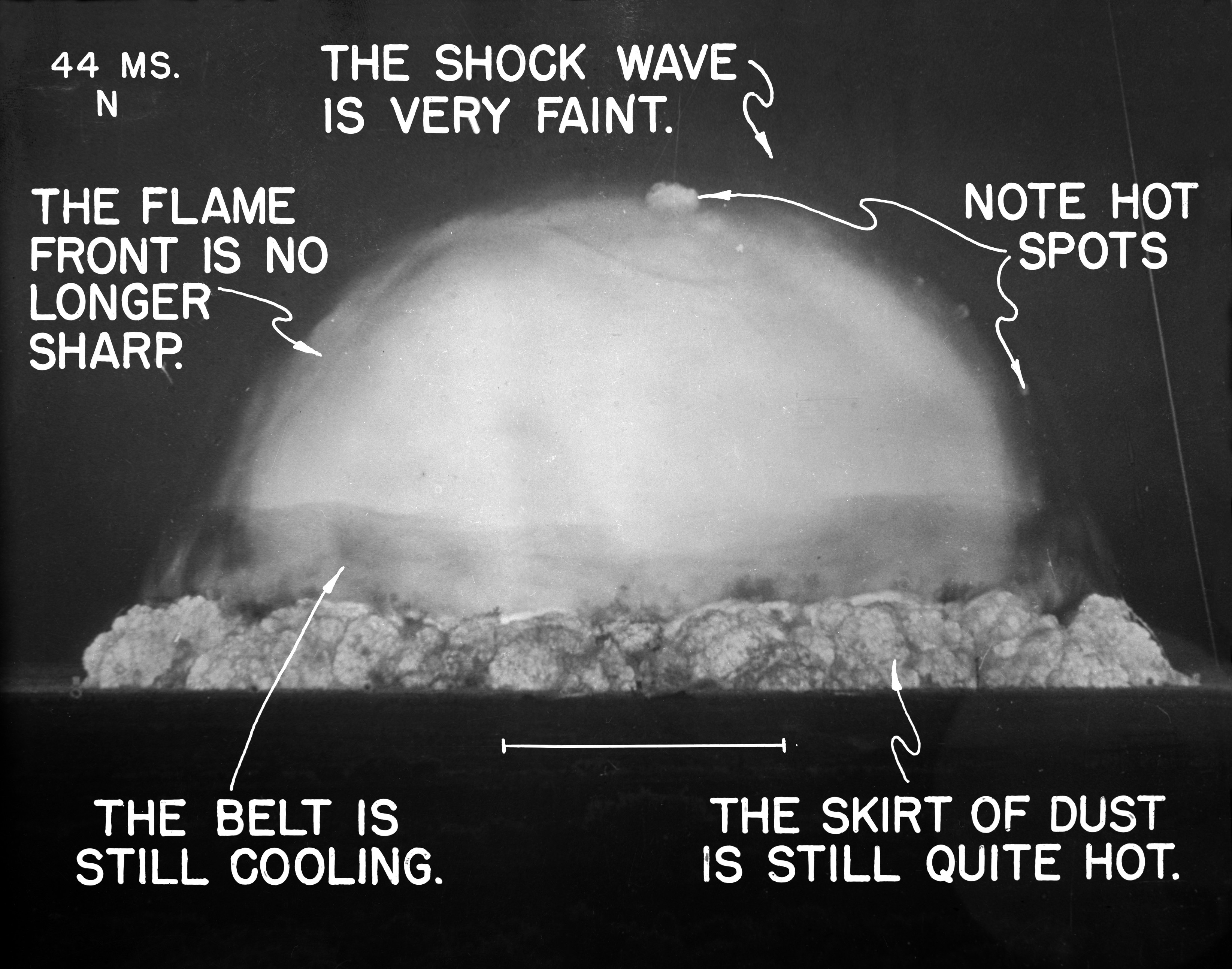 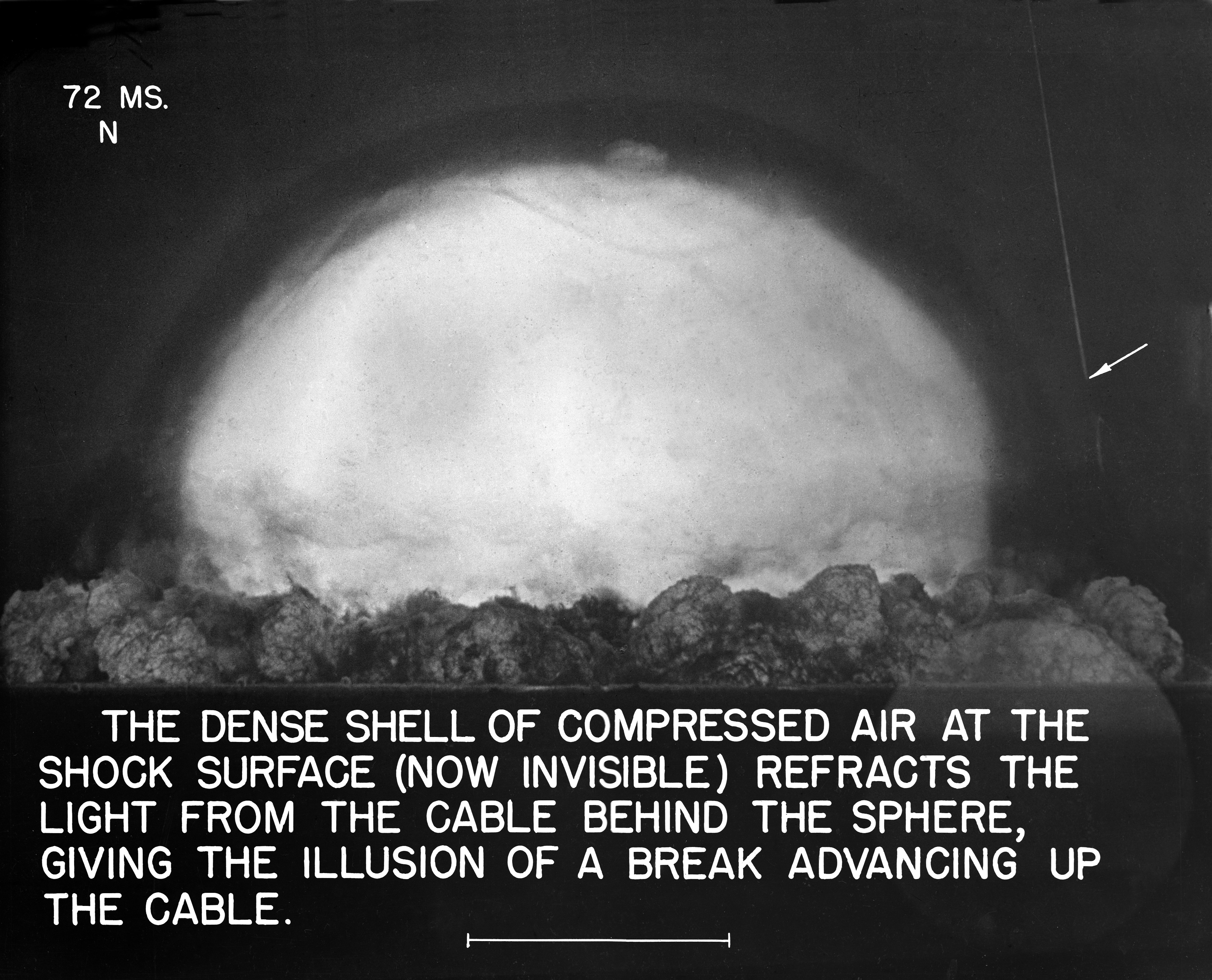 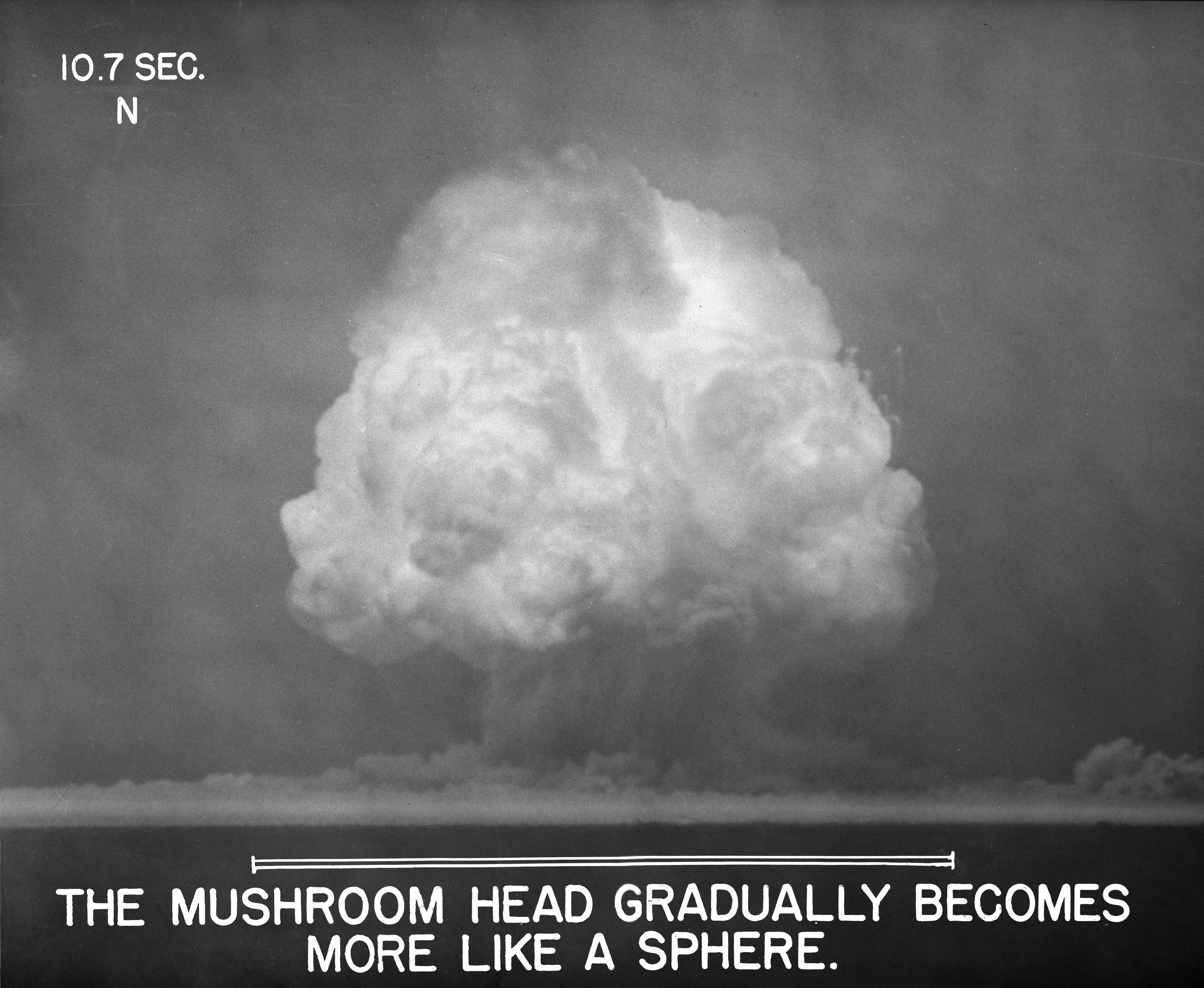 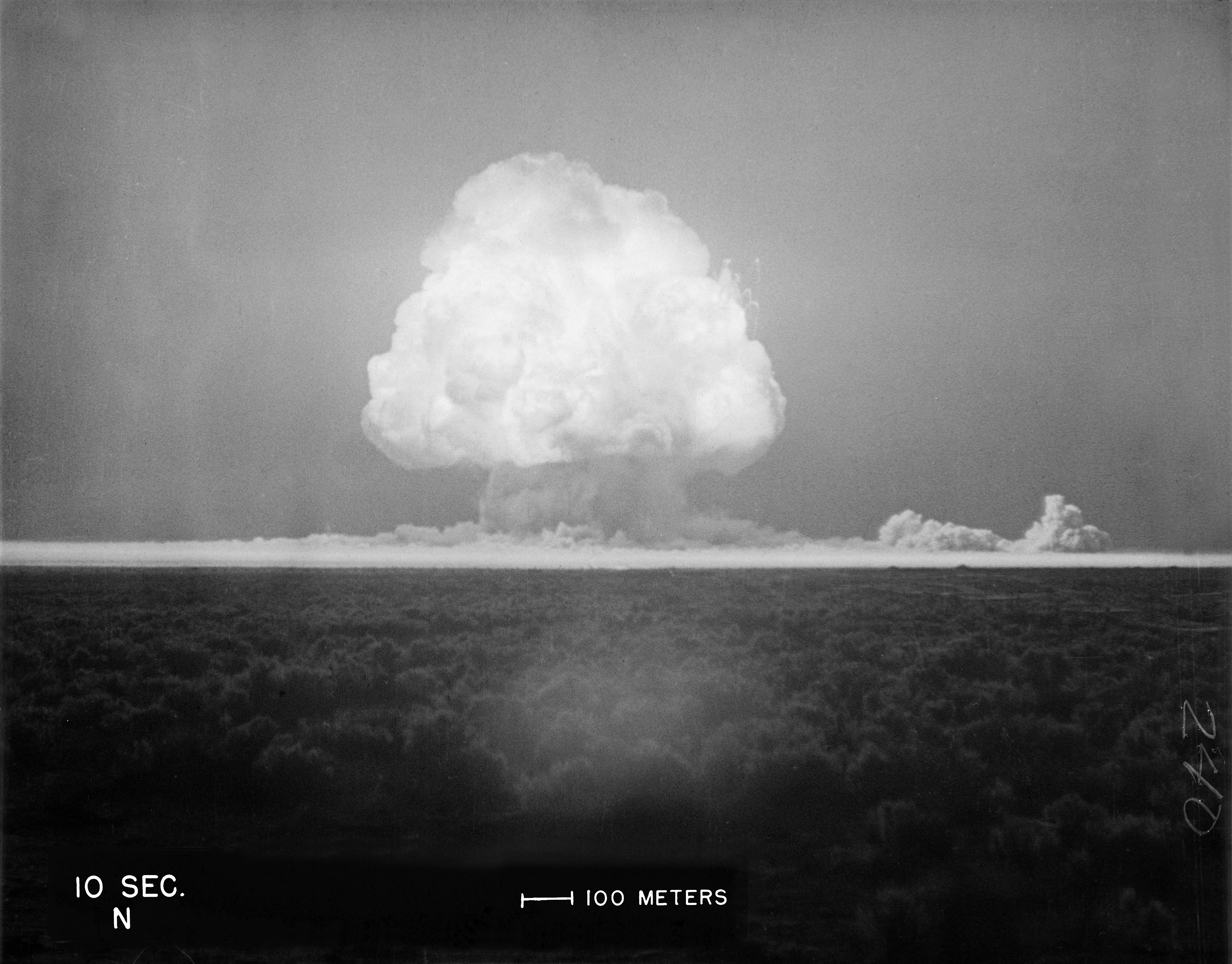 These items are available through the LANL Research Library. You can also use services such as WorldCat to check if another library near you has a physical or electronic copy of any of the materials on this guide.